Rincon Valley's Cross on the Hill

So what's with the cross on the hill? 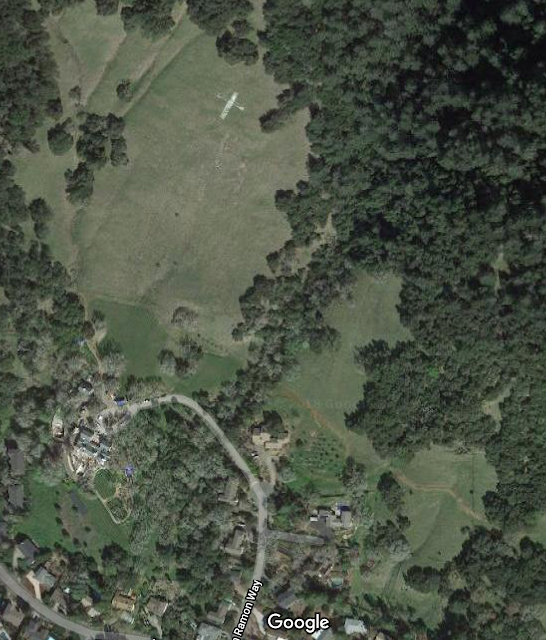 Rincon Valley is a cute little piece of Santa Rosa, and as the name implies, it is bordered on 2 sides by hills. It's not known for much other than it is pretty, and property is desirable. The schools are great, and the people are friendly. Oh, there is one thing, there's that cross up on the hill...

There was a property owner who backed up to a portion of a steep south-facing hillside. That person was Arvo Kannisto. He was a World War II veteran, who later became a San Francisco police officer. He retired as a Lieutenant and came to live in Rincon Valley. He gazed up at the beautiful hill above his house and thought how nice it would be to build a large cross on the hillside. A cross that would pay tribute to his fallen comrades in WWII, and show his devotion to Jesus Christ.

In 1981, Arvo obtained permission from the hillside owner above his house to construct such a cross out of large rocks and boulders. When he completed his project, he traveled across the valley to view the fruits of his labor only to see that it was barely visible. He then enlarged the cross's footprint and painted the boulders white. Once completed, the cross measured 127' tall by 67' wide. Arvo was 63 years old when he started the project. The cross sits 700' above the Hwy 12 which runs through the center of Rincon Valley.

The cross is large enough that it can be clearly seen from almost anywhere in Rincon Valley. The image above is a screenshot from Google Earth.

Arvo told the Press Democrat in an interview that he was inspired by the statue of Jesus Christ standing above Rio De Janeiro. To Arvo, the cross stood for Faith, Hope, and Love. 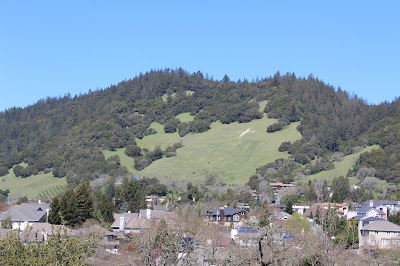 In 2012, Arvo received a letter from the property owner that he was no longer allowed on the property. The property owner was concerned about the liability of people tromping across the steep hillside. He was going to let the cross dissolve back into the hill over time. At some point, it will no longer be a Rincon Valley landmark. Per Arvo's wife, he was heartbroken. In January 2016, Arvo passed away at age 93.

I like the cross, but I need to disclose that I was brought up Christian. I know others who think it's an eyesore. I have Jewish friends who ask me if I'd feel the same way if the image was the star of David. I don't know the answer to that. I'd hope I'd still like it. I think the cross gives Rincon Valley character, and people always ask "What's with the cross"? It has historical significance, and it is great to reference when giving driving directions. It is obvious that in the last few years, people have climbed the hill and roll the whitewashed boulders down the hill, but within a week or two, some other group tromps back up there and repairs it...


Posted by Jim Cheney, "Your Rincon Valley Realtor" at 8:40 AM